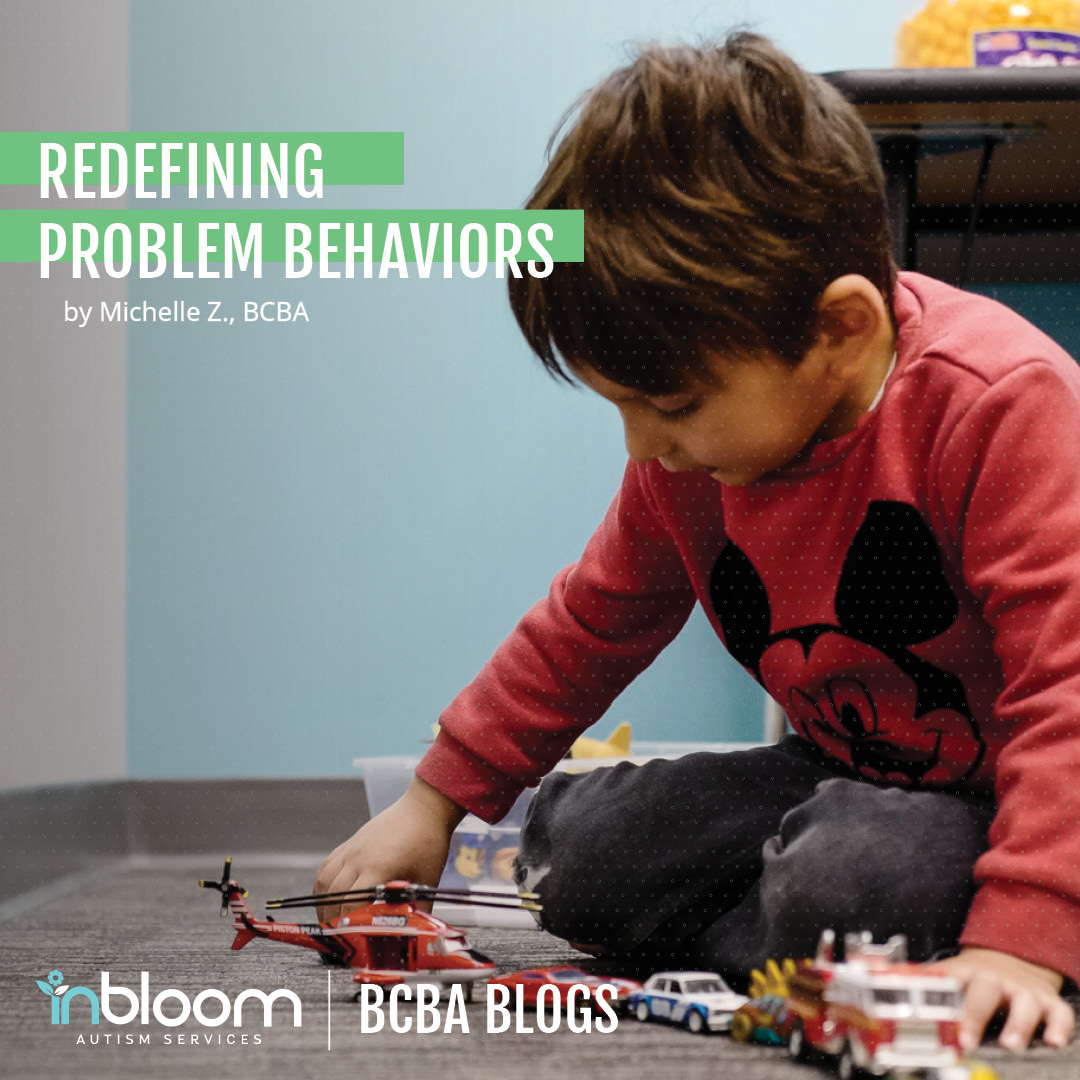 SO WHAT ARE “PROBLEM BEHAVIORS”?

When we think of problem behaviors, we must ask myself 3 questions:

If the answer is “yes” to at least one of these questions, then the behavior is considered a “problem behavior.” Now, let’s go through these questions one by one.

If your child tantrums in lieu of asking for help, this is considered a “problem behavior” because the child is not communicating their wants and needs, and it’s also preventing them from acquiring the skill of communicating with others.

IS THIS BEHAVIOR A SAFETY CONCERN TO THEMSELVES OR TO OTHERS AROUND THEM?

But what is considered “high risk”?n

Many factors can be considered for a high-risk “problem behavior”, including if it hurts others or themselves or leads them to dangerous situations. For example, if your child is running across the street without looking both ways to get ice cream without your permission, this is considered high-risk for a multitude of reasons (i.e. they’re not showing awareness of their surroundings, not asking permission before leaving, etc.).

As another example, let’s say your child is placing inappropriate items in their mouth. This can be high-risk because it can lead to a choking hazard.

DOES THIS BEHAVIOR PREVENT THE CHILD FROM LIVING A LEAST RESTRICTIVE LIFE?

When “problem behaviors” prevent the child from living a least restrictive life, this is another major concern for in the future. It’s important to intervene as early as possible because we want our children to grow up to be independent adults.

For additional information on tantrums, you can read our blog on extinction bursts here.

OKAY, BUT WHAT IF MY CHILD CAN’T YELL “HELP”?

Not a problem! We can modify how the child asks for help. For example, the child can point to a picture that says “help” on it. We can also use picture exchange, meaning once the person picks up the word “help” and hands it to you, then you can help.

DOES THIS BEHAVIOR PREVENT THE CHILD FROM ACQUIRING NEW SKILLS?

When “problem behaviors” prevent the child from acquiring new skills, this can present a problem because the goal is for the child to learn skills that pertain to their everyday living.

In order for us to eliminate a problem behavior, we first must determine the function of the behavior

SO HOW CAN WE GET RID OF THESE “PROBLEM BEHAVIORS”?

Michelle started out in the ABA field in February 2013 by working with adolescent females with Autism Spectrum Disorder in a residential unit up in Indianapolis, IN. Michelle started out in the field as a Behavior Therapist in August 2013, and became a BCBA in August 2016. She has since worked in clinical, home, school, and community settings in Indiana and Florida, and with clients ages 2-16. In her free time, Michelle loves riding roller coasters and snuggling with her two pugs, Milo and George.