I Am Me: The Treatment of Automatic Behavior 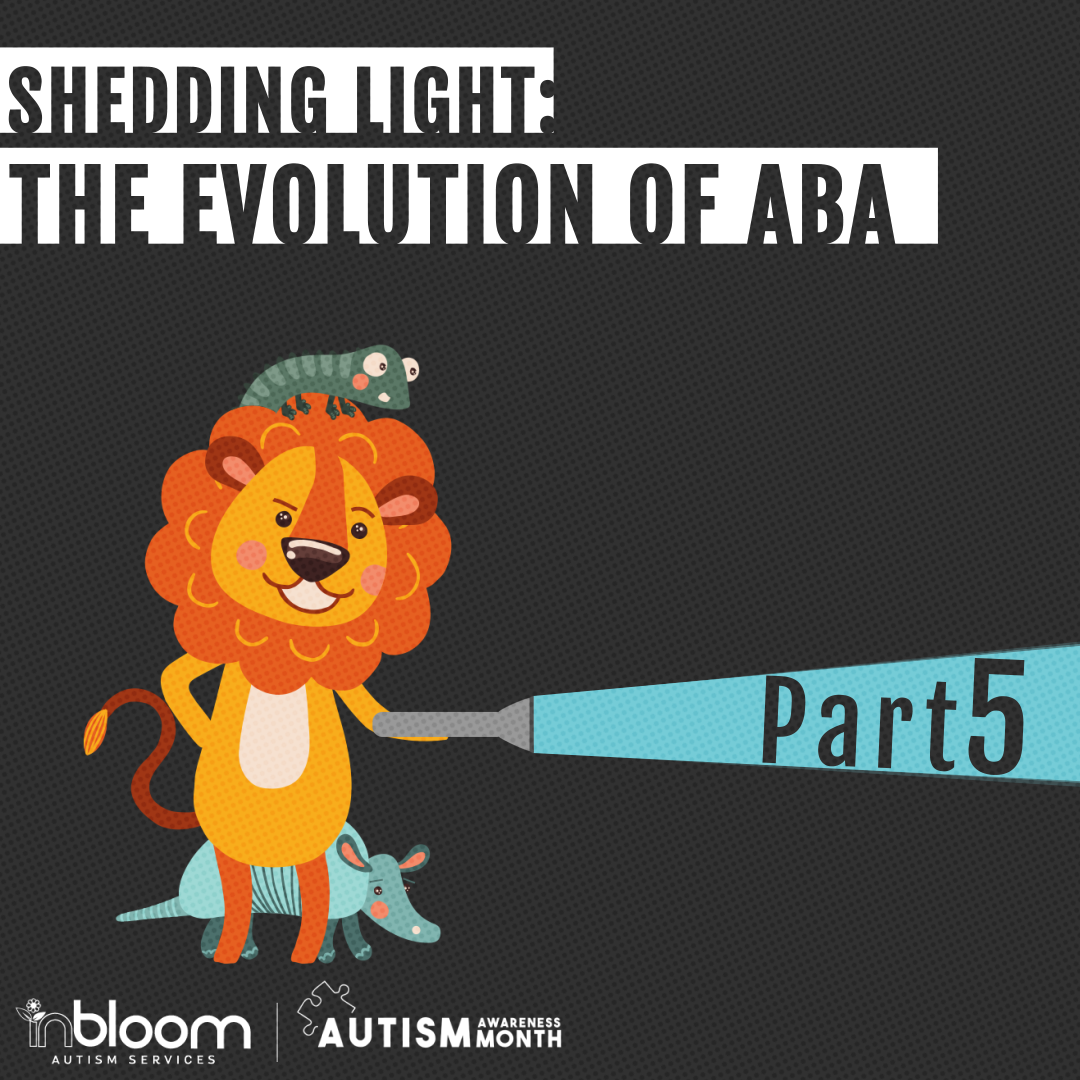 Neurodiversity not only accepts these differences in the way that we process information but also respects these differences across every individual. This means that within each variant in neuroprocessing, there is it’s own spectrum, such as in “Autism Spectrum Disorder”. The word spectrum means that within Autism, there is a multitude of different ways that a person may be affected–not all people with autism are affected the same way.

In the past, these differences were not always celebrated or respected–particularly with Autism. Many people did not identify with or understand the way that ASD has affected different individuals.

Many parents, teachers, and psychologists put great efforts in attempting to decrease the behaviors that people with Autism engaged in. These behaviors that parents and professionals focused on decreasing were sometimes injurious or dangerous to the individual and their peers. Other times, these behaviors were creating obstacles to the person being able to develop important daily living skills. Unfortunately, many of these behaviors that were targeted were actually not harmful or impeding to the child’s life at all; rather these behaviors are the same type of behaviors that any neurotypical person might engage in–they just look a little different.

Every person engages in behaviors that have an “Automatic” function. This means that the person does the behavior simply because it feels good, or because it stops an internal sensation that feels bad. These behaviors can look like stretching after a long car ride, humming to yourself when you’re alone, clicking your pen when you’re thinking, twirl your hair, or tapping your feet while sitting at your desk. These behaviors are not the same for everyone! Each person engages in a variety of different behaviors and they can vary not only from person to person, but from moment to moment for each individual.

It’s important to remember that just because it looks different to the observer, it feels the same on the inside to them as any of our behaviors would feel to us.

Some of the automatic behaviors that a person with ASD might engage in can look a little different than the ones we engage in. They might rock back and forth forcefully, flap their hands, engage in repetitive vocalizations, or they might do something totally different! It’s important to remember that just because it looks different to the observer, it feels the same on the inside to them as any of our behaviors would feel to us.

When the injurious, harmful, and impeding behaviors were decreased or replaced, ABA was able to better the life of the child by teaching them to engage in an environment safely and build skills to get access to their needs and wants in life. On the other hand, it was not benefitting the child or person to decrease the behaviors that were not causing harm or impeding with daily living–It was actually bringing them harm.

Many people in the community of people with ASD have spoken out about having some of these non-harmful behaviors reduced or punished. People have voiced that this “masking” of their identity has been destructive to their self image, as they are shaped to withhold parts of what make them “them.” ABA as an industry and field has taken a different approach to how we intervene on automatic behaviors.

Now, behavior reduction focuses on reducing behaviors that are harmful, disruptive, or hindering, unless that behavior can be replaced with a more appropriate way to get that same sensation or feeling. An example of how a behavior might be replaced is teaching a child to use a soft and safe crash pad to put pressure onto their body as opposed to crashing into a wall or hard floors. If the behavior does not meet that criteria of being dangerous or disruptive, it is generally just kept on observation to ensure that it does not escalate. If a behavior does need to be reduced, it should always be done in an ethical, safe way, such as removing rewarding activities or items from the environment when the behavior occurs, or gently blocked by softly redirecting the child to a different activity.

ABA recognizes every individual’s needs to be themselves, and does not infringe on self expression. This world is interesting because of all of our contributions to it, and ABA does not stifle the automatic behaviors that make us “us”.

The field works with parents, clients, and other professionals to discuss neurodiversity and determine what behaviors are appropriate to reduce. A behavior may be disruptive or harmful to one person, but is perfectly safe or appropriate for another person depending on their environment. Always discuss with your therapy team how a behavior might or might not be impacting your child’s developmental progress and safety.