THE DIFFERENCE SMALL GESTURES CAN MAKE 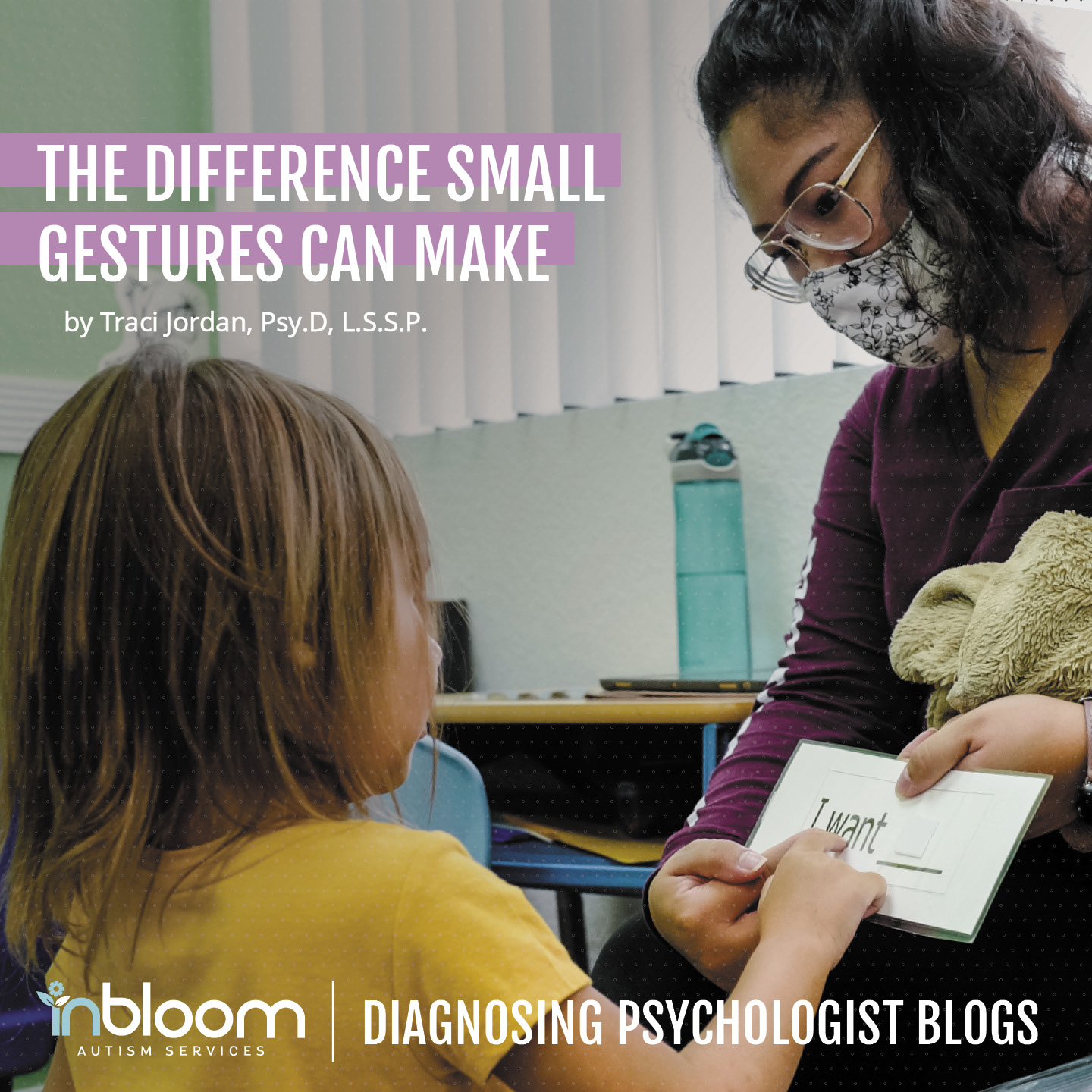 In short, we convey volumes without words. Perhaps as much as 93 percent of our communication is through nonverbal channels, according to the famous Professor Emeritus, Dr. Albert Mehrabian’s ground breaking research, often replicated throughout the years. We are constantly making interpersonal connections and sending signals through non-verbal communication. Nonverbal communication consists of both non-speech elements of voice (what speech therapists call paralanguage or para linguistics), and body movement, or body language, including facial expressions, posture, and use of physical space, to name but a few. Body language encompasses a full range of nonverbal cues and signals, some with shared social meaning and others idiosyncratic or specific to communicator. Body language also includes gestures; that is, intentional movements of the hand or head that express meaning in a social context.

While certain non-verbal behavior, such as smiles, have universal meanings, others, especially hand gestures, translate differently from one culture to the next. For example, in certain cultures it is not considered polite to sustain eye contact with unfamiliar people. Other gestures symbolize ideas embedded in the context of the interpersonal exchange. For example, crossing your fingers might mean good luck or hoping something will happen. An interpretation based on an old custom; however, dictates that we cross our fingers before telling a fib. Thus gestures are culture-bound symbols subject to various interpretations depending on how and where they are used.

Psychologists distinguish gestures from other forms of nonverbal communication because they are performed with forethought. Basic gestures, such as pointing, typically serve as a baby’s first form of social communication, therefore, limited gestures may be an early indicator of the social challenges associated with autism spectrum disorder (ASD). In evaluating for ASD, psychologists define gestures as a deliberate action of the hands or body meant to communicate a message. These might include descriptive gestures intended to show size, informational gestures to relay numbers, or instrumental gestures, such as motioning someone to approach.

Rather than evaluating a child’s gestures in isolation; psychologists consider the quality, quantity, and appearance of a child’s gestures in the context of their overall behavior. Psychologists also take note of the coordination between gestures and other forms of communication as they work together in an exponential manner to convey meaning. Children on the spectrum may pair speech with gestures, such as pointing while vocalizing ‘yes.’ However, they are less likely to pair gestures with eye contact, that is, looking directly into another’s eyes. Limited eye contact is frequently identified as an early sign of ASD. When identifying early signs associated with ASD, it can be important to consider not only the presence or absence of eye contact, but how the child directs and coordinates eye contact with other channels of communication. Eye contact paired with gestures is notably crucial to interpersonal communication. Children who make eye contact with a caregiver while pointing at an object of interest are more likely to capture their caretaker’s attention and share pleasure in the object of interest. Therefore, when psychologists gather information about a child’s nonverbal communication, they pay close attention to whether the eye contact is accompanied by gestures.

THERE ARE A MYRIAD OF BENEFITS TO TEACHING CHILDREN TO RESPOND APPROPRIATELY TO GESTURES:

One primary reason is that children are more likely to learn language when they have mastered gestures. This stands to reason given the critical role that gestures, including hand gestures, head nodding, and shrugging shoulders, play in allowing children to indicate their wants and needs to others. For example, learning to point to objects some distance away gives parents information about a child’s interests and needs, and is, not surprisingly, associated with early language development.

Another reason gestures are key to communication for children on the spectrum is because they tend to process information more effectively through visual channels. Thus pairing gestures with words makes it more likely that children on the spectrum, just like most of us, are more likely to remember what they hear AND see. Which brings to mind the first part of the Chinese proverb: “Tell me and I forget. Show me and I remember….” This brings us to a second major benefit of teaching children to respond to gestures…

There are many approaches parents use to promote gestural communication in children; often without conscious awareness.

Thirdly, in addition to facilitating socialization and communicating needs, studies show that children on the spectrum who use more gestures are more likely to learn adaptive behavior skills, such as toileting. This is especially true when children pair gestures, such as pointing, with eye gaze (QianYing Ye, et al., 2021), for example, pointing to clothing or the toilet. This skill facilitates the mastery of such formidable tasks, such as toileting, even before our child has mastered words associated with the task.

There are many approaches parents use to promote gestural communication in children; often without conscious awareness. Here are just a few of the strategies that you can use at home to encourage gestures (many of which you may already be doing without realizing it):

F. Scott Fitzgerald once described personality as an unbroken series of successful gestures, and a child’s gestures are as unique as they are. Meaningful gestures paired with eye contact represent a foundation upon which later communication strategies can be built, with life changing implications for social adjustment. In short, small gestures make a huge difference in the life of a child.

Traci Jordan, Psy.D., L.S.S.P. holds a dual license in clinical and school psychology, and has assessment experience with a wide range of developmental, cognitive, psychological problems and challenges. She has a lifelong passion for child development and family systems, completing pre and postdoctoral training in child clinical and developmental pediatrics before opening a private practice focused on child assessment and treatment. She draws on her 30 years of experience in assessment and research methods to develop and teach a core graduate level class in psychodiagnostics through the Department of Educational Counseling of Texas A&M Corpus Christi. A mother and tireless advocate for children and diversity in her personal life; She is proud of serving as a foster parent for 10 years and as a board member for Nueces County Court Appointed Special Advocates (CASA). Yoga, family, friends, and pets keep her centered.

Loran, E., & Sterling, A. (2017). The impact of autism spectrum disorder symptoms on gesture use in fragile X syndrome and Down syndrome. Autism and Developmental Language Impairments. First Published December 25, 2017